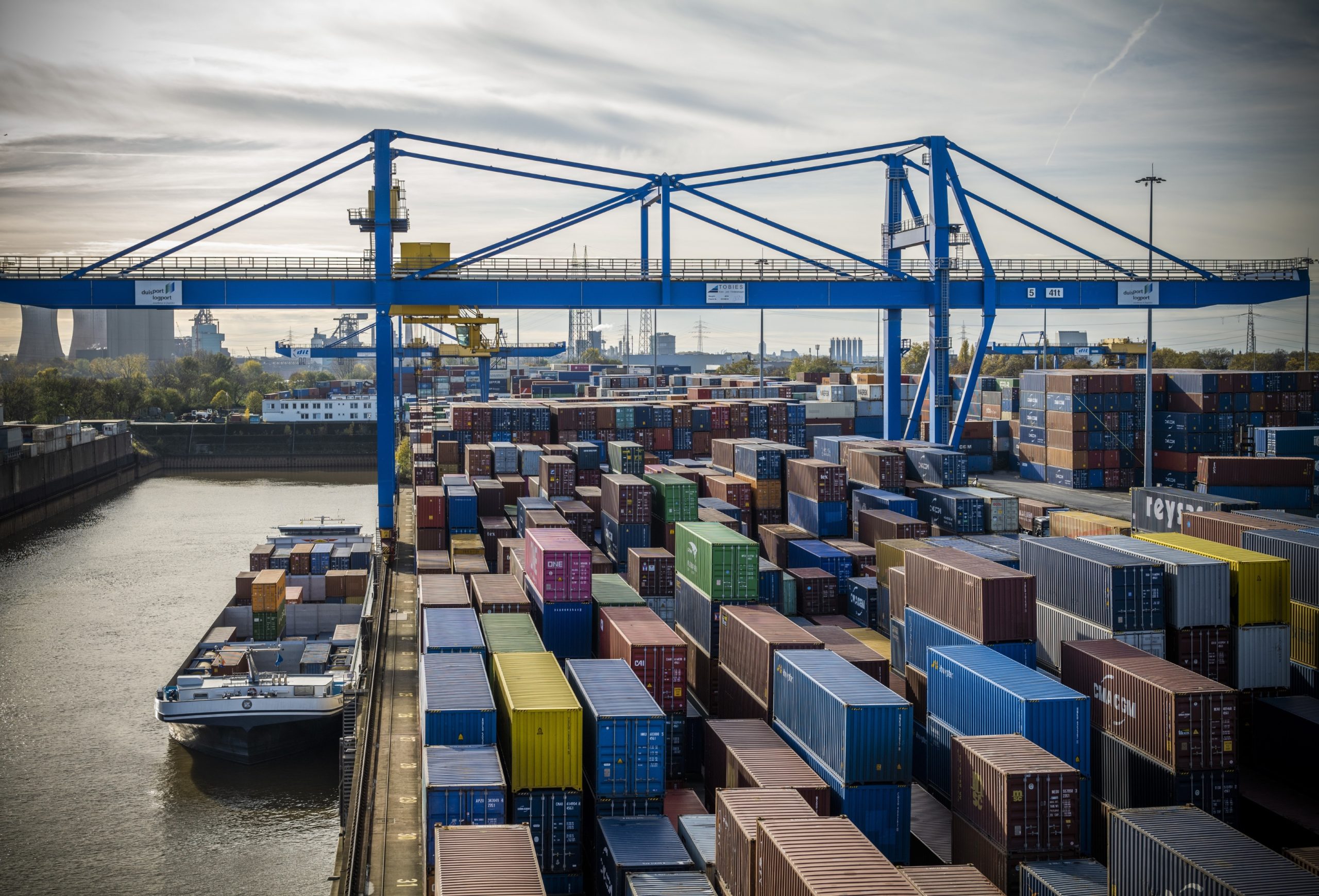 duisport is taking the next important step on the way to the digital port of the future: while the use of “Optical Character Recognition” (OCR) gates has already been implemented on the rail and roadsides in the Port of Duisburg, there has been no solution on the waterside so far.

Together with VITRONIC, one of the world’s leading companies for industrial image processing, duisport developed a “Rivergate” based on high-resolution 12K cameras in only 15 months and successfully tested it on two cranes. This created a sustainable solution for digitally recording the ID of the container and comparing it with the loading list in just a few seconds and with a recognition rate of almost 100 percent when loading and unloading an inland vessel.

In combination with the “Crane Management System” (CMS) of the company POLO KNOW-HOW, it is thus possible to avoid incorrect loading, since in cases of so-called “mispicking” the spreader can no longer be unlocked. At the same time, the system is able to detect the integrity of the customs seal and any damage to the container. This will optimize existing processes in day-to-day operations and further advance the digitalization of the world’s largest inland port.

The gateway to the digital freight terminal

Rivergate will initially be used on a crane at the Duisburg Trimodal Terminal (D3T) at logport I in Duisburg-Rheinhausen and on a crane at the GWW terminal at logport II in Duisburg-Hochfeld. The installation of the specially developed camera systems enables efficient and transparent condition documentation and recording in real time – even at night and in poor weather conditions.

As the container passes the crane bridge, the system records the condition of the loading unit in high-resolution images. Several specially developed algorithms work in the background, making the data immediately available to the Crane Management System (CMS) and the Terminal Operation System (TOS). In this way, the container number can be compared with the loading list to prevent incorrect loading.

Rivergate not only enables important process optimization, but also is another milestone in the digitalization of the Port of Duisburg. This is a great benefit for duisport and the entire customer and partner network of the central logistics hub in the heart of Europe.

“When unloading containers, crane operators rarely have the chance to check their condition. Once set down, the loading unit as flawless, even if it was already damaged. Thanks to Rivergate, we can now prove the condition of the containers and track their whereabouts in the Terminal gapless document”, says Prof. Thomas Schlipköther, duisport Board Member for Technology and Operations, who has been committed to the digitalization of the Port terminals for many years and has initiated numerous projects to this end.

“With the Rivergate solution, VITRONIC is opening up a new business field. We already use the technology in other application areas, such as toll collection or the identification of parcels. We are now using this expertise to further advance digitalization in freight transport as well,” reports Daniel Scholz-Stein, CEO of VITRONIC.