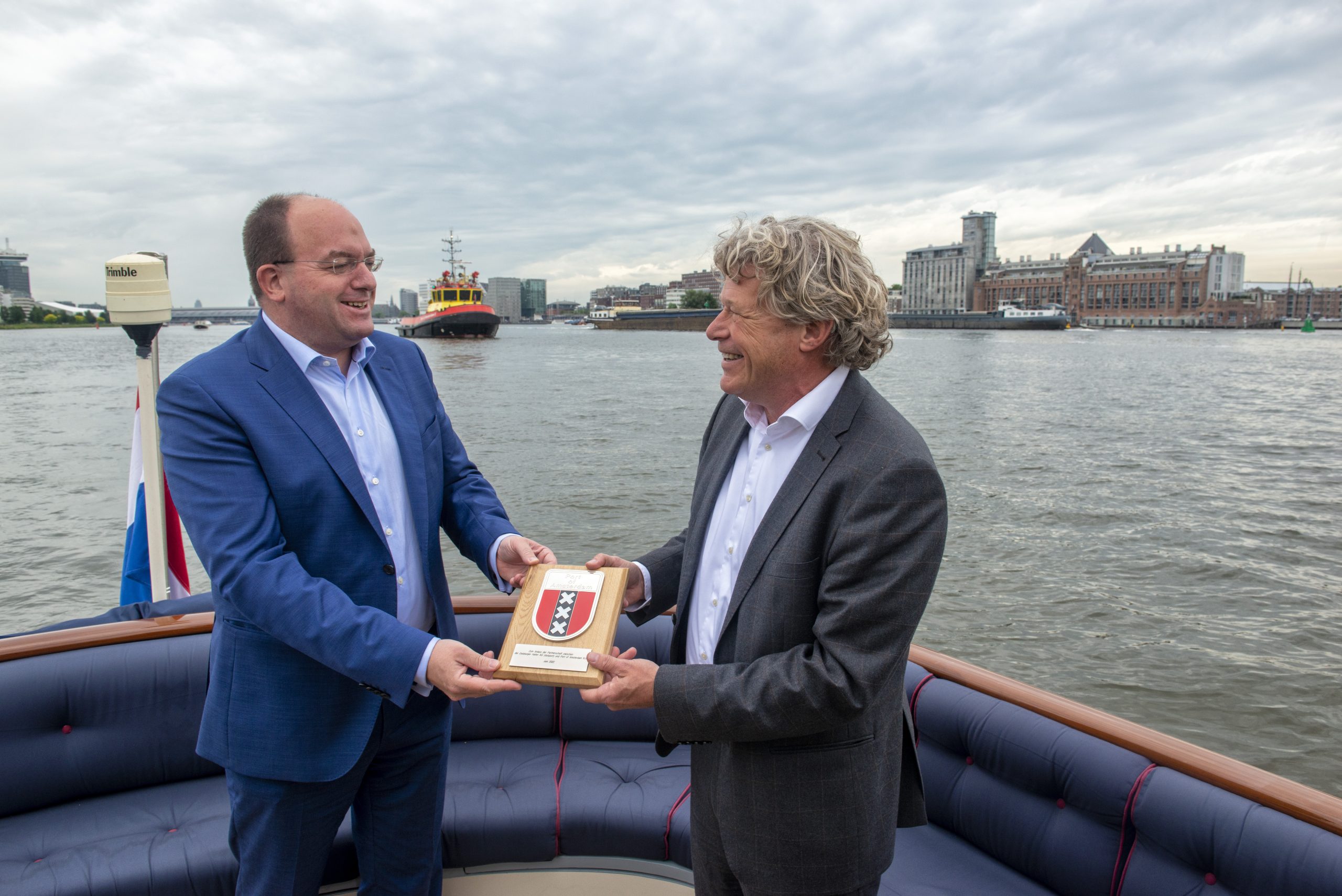 Caption (from left): Markus Bangen, CEO of duisport, and Koen Overtoom, CEO of the Port of Amsterdam. © Max Dijksterhuis

Port of Amsterdam and duisport will expand their long lasting cooperation, as Markus Bangen, CEO at duisport, and Koen Overtoom, CEO at Port of Amsterdam, have announced that the ports will jointly develop the hydrogen value chain and their hinterland network. The CEOs have signed a Memorandum of Understanding to underline the commitment of their organizations to these shared goals.

The ports of Amsterdam and Duisburg are directly connected via the river Rhine and multiple land routes and fulfill important roles as logistical hubs for the European hinterland. Historically, these ports have been partners in facilitating important trade flows between Germany and the Netherlands. The existing long-term partnership is reflected by their joint participation company, Hafen Duisburg / Amsterdam Beteiligungsgesellschaft mbH, and will now enter a new phase.

Both ports have strong ambitions in the field of energy and want to be at the forefront of the transition towards sustainable and renewable energy sources. Port of Amsterdam and duisport will therefore jointly explore the potential of several hydrogen carrier technologies, with the aim of establishing an international supply chain for hydrogen on a commercial scale. The import, storage and distribution of green hydrogen carriers plays an instrumental role in enabling the energy transition in the industrial and maritime sectors. Port of Amsterdam is part of the H2A consortium, which aims for the import of one million tonnes of green hydrogen to the port of Amsterdam and includes multiple significant players in the hydrogen industry. The H2A project forms a unique platform that can now be connected to duisport, allowing for the establishment of an end-to-end value chain for green hydrogen carriers between both ports.

Quote Koen Overtoom, CEO Port of Amsterdam: “I am very pleased to announce the partnership between duisport and Port of Amsterdam. Both ports recognize the great value of joining forces in developing new corridors for sustainable energy carriers, with the aim of decarbonization of international supply chains. This partnership strengthens our strategic initiatives, aimed at taking the lead in facilitating the energy transition, and complements our strong collaborations with our trusted partners.”

Quote Markus Bangen, CEO duisport: “By expanding our trusting partnership with the Port of Amsterdam, we are sending an important signal across national borders: only together will we be able to overcome global challenges such as the energy transition. I am therefore looking forward to further close cooperation in order to rapidly advance the development of a Europe-wide hydrogen network and to strengthen our function as central logistics hubs for Europe.”

In addition to the development of the green hydrogen value chain, duisport and Port of Amsterdam will set up joint commercial projects to further develop their hinterland networks. Amsterdam and Duisburg are well connected by inland shipping, land and rail corridors and  are centrally located within the extensive European network. In addition to the existing daily barge connections, an Amsterdam – Duisburg rail shuttle was launched in 2019. This shuttle forms an important corridor, which directly links the short sea and intermodal networks of both ports.

By actively engaging in joint commercial projects and by connecting their port community networks, duisport and Port of Amsterdam want to realize their shared ambition of expanding their hinterland networks, stimulating the modal shift and promoting sustainable multimodal transport connections via rail transport, inland shipping and short sea connections between the ports and other European destinations.