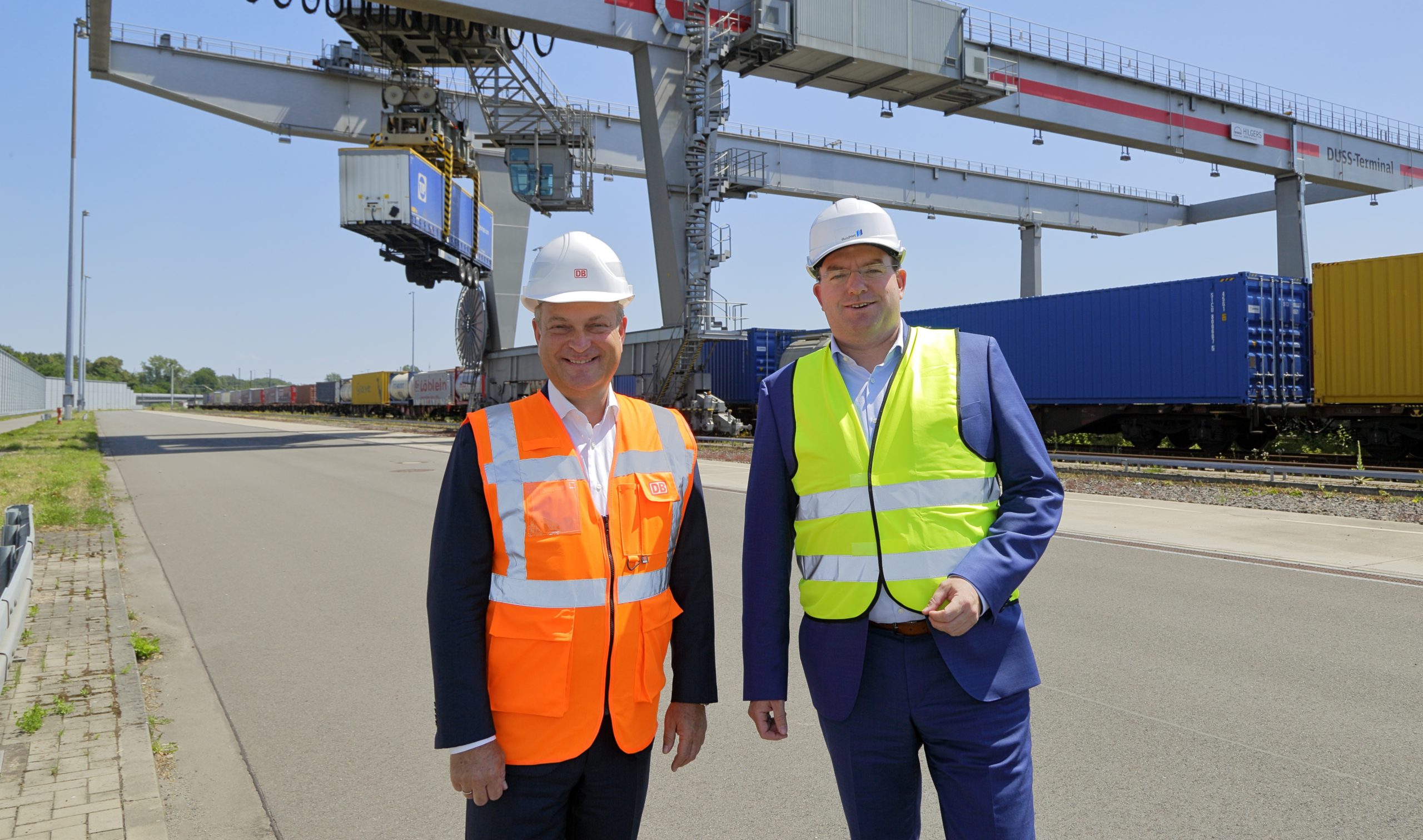 At the Duisburg CT hub of DUSS, cargo handling between rail and road will also be possible from July. For this purpose, duisport and DUSS, a subsidiary of DB Netz AG, have agreed on a partnership cooperation.

Starting in July, DUSS customers will be able to deliver truck trailers via the site of the future Duisburg Gateway Terminal (DGT). duisport will then transport them with terminal vehicles via Schlickstraße and Sympherstraße to the DUSS CT hub. Direct road access will then be available in Duisburg-Ruhrort from summer 2023.

” In good partnership, we have reached an agreement for more freight traffic on climate-friendly rail. This solution will enable us to handle goods delivered by truck even before the end of construction work on our own access road “, says Alexander Stern, Managing Director of DUSS. “In this way, we are promoting a modal shift from road to rail.”

“The solution now found is the result of trusting discussions between duisport, DB Netz and DUSS. The partners have worked hard to find a solution that benefits everyone. We are joining forces and are now getting started together,” says duisport CEO Markus Bangen. “We would also like to thank the city of Duisburg and the local politicians for supporting this interim solution. ”

The commissioning of the DB terminal is an important milestone in the course of the many local infrastructure measures which DUSS and duisport are currently pushing ahead with. The aim is to efficiently link the total of four future intermodal terminals in Ruhrort and Meiderich via roads within the port. Combined with intelligent traffic routing, this will relieve residents’ streets and noticeably reduce emissions and waiting times.