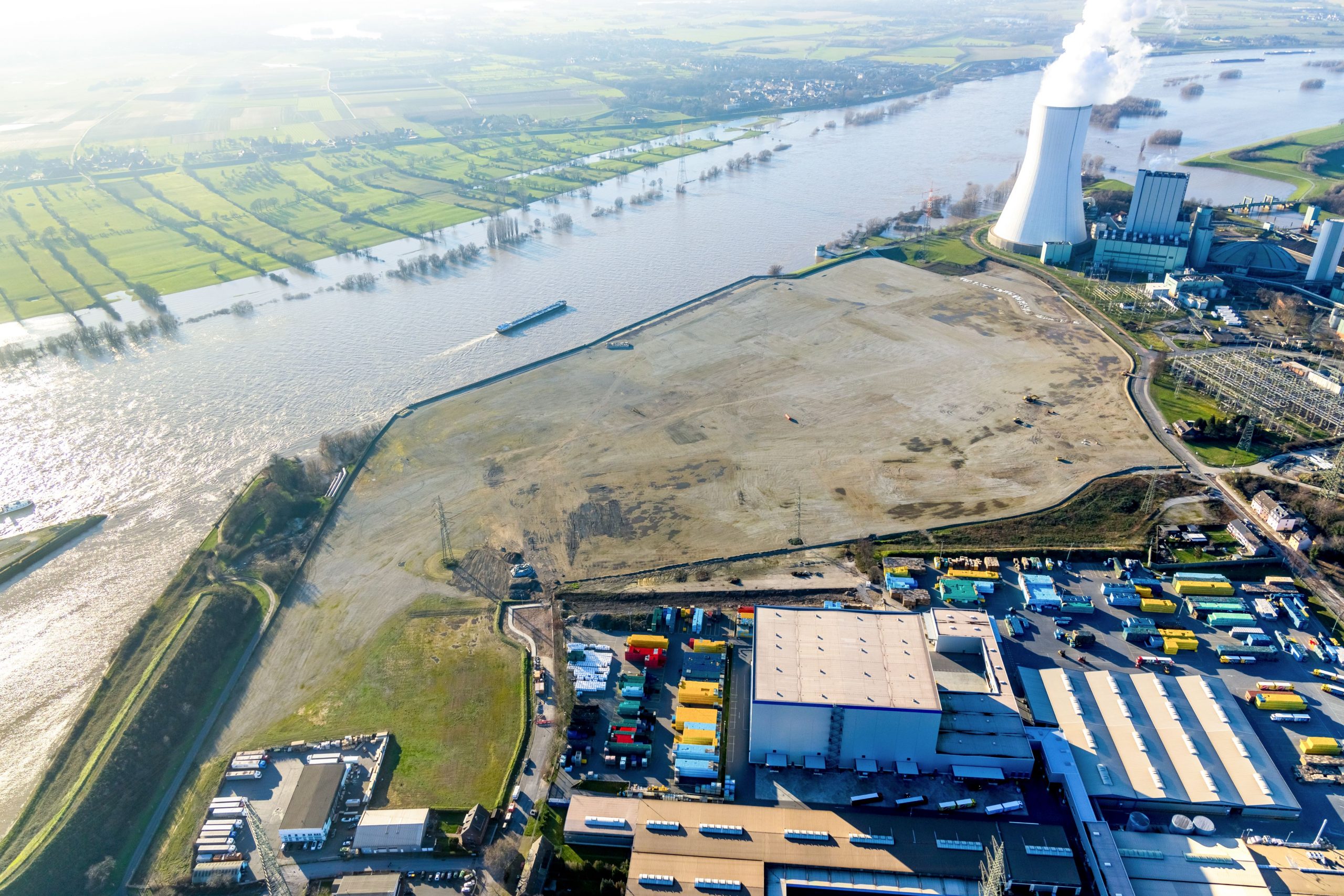 As part of the continued development of logport VI, duisport has now compiled the approval-related information for the construction of the container terminal and the internal access road for logport VI. The trimodal container terminal (road/water/rail) forms an integral part of the new logistics concepts that were developed by duisport for this location together with its customers and partners. The primary goal of all participants is to reduce truck traffic and offer permanent alternatives particularly for ship and rail cargo.

Water and rail connection to be retrofitted
The complicated repair of the rail connection between Oberhausen-West and the improvement of the water infrastructure for the new terminal in Walsum form an important component of the infrastructure strategy for logport VI. This means that both the bridges and the railroad crossings will be adapted to the new requirements. As the main shareholder of the Duisburger Infrastrukturgesellschaft (DIG), the city of Duisburg will also formally award the planning contract for the second building section. As part of the preparation process, duisport already rendered many preliminary planning services to ensure the construction of the link road until the planned completion date in 2024. To this end, DIG has agreed to also look after the construction of the first building section for the link road.

Working together to reduce truck traffic
“This solidarity between the city of Duisburg and duisport for logport VI is a milestone for the infrastructure development of the logport VI premises. We are certain that these solutions, which were developed jointly with the city, will lead to a real reduction in truck traffic. And it will bring us a big step closer to our goal of creating a lot more workplaces than the 300 employees who used to work in the paper factory on this attractive site,” notes Erich Staake, Chief Executive Officer of Duisburger Hafen AG.

Focus on new companies and workplaces
The new concept also allows Duisburger Hafen AG to provide its customers with a state-of-the-art, powerful infrastructure, with the main focus on the alternative water and rail transportation channels. As a shareholder of the duisport Group, the city of Duisburg welcomes this development, also with regard to the reduction in truck traffic.

“The reactivation of the railway bed, the optimized dock facilities and the start of the bypass road, which has been discussed for years, is an important and positive signal for the cooperative approach taken by duisport and Duisburg for the creation of new workplaces. This will significantly reduce the challenges faced by our citizens!” says Lord Mayor Sören Link about the positive effect of the building measures that are being initiated.

logport VI in brief
A trimodal logistics site of the logport family, which also includes a container terminal, is in the process of being developed on the almost 43 hectare site that also features a 500 meter long dock wall. After logport I in Duisburg-Rheinhausen, Walsum is the second-largest project undertaken by Duisburger Hafen AG in the last 20 years. Industrial sites operated by ThyssenKrupp and the Hövelmann beverage group, as well as a Steag power plant, are located in the immediate vicinity.