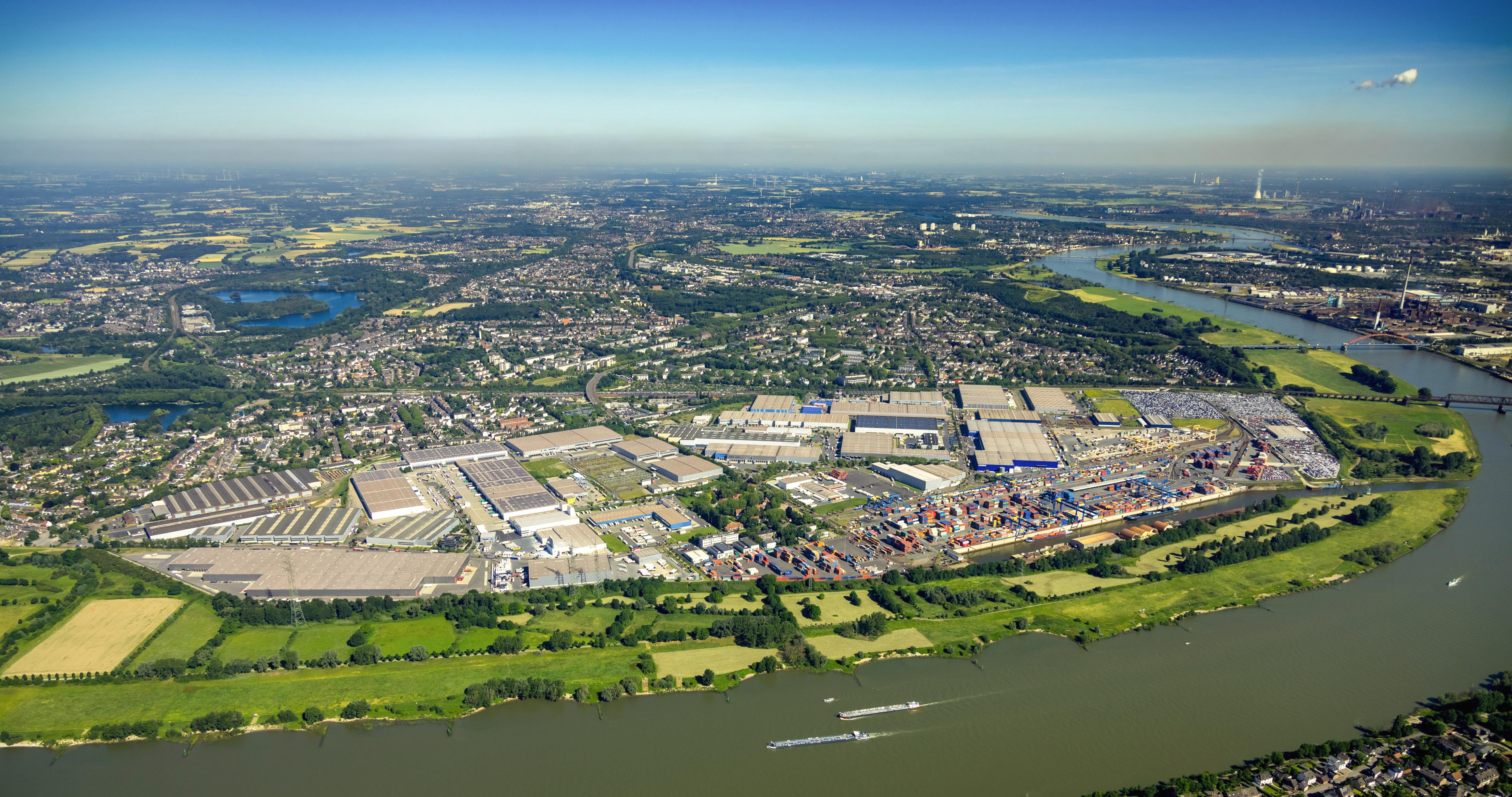 During the first six months of 2018, the container volume handled by Duisburger Hafen AG (duisport) totaled 1.96 million TEU. The slight drop from the previous year (2.01 million TEU) is mainly due to lower Scandinavian volumes, which were caused by security-related restrictions to rail transport. Container handling, which accounts for approximately 55 percent of total handling volume and continues to rise, is the most important goods segment of the duisport Group. Total handling volumes (31.0 million tonnes) declined by 5 percent during the first six months of this year (32.6 million tonnes in 2018).

Global economic activity is slowing down. The IMF expects that in 2019, the global GDP will be almost half of the 2010 figure. For example, incoming orders for the export-dependent German industry dropped by 8.6 percent in May 2019 compared to the previous year. After years of continuous growth, duisport now operates in an increasingly difficult environment.

The China business, on the other hand, continues to be stable. Approximately 35 trains travel between duisport and various destinations in China every week. During the first half of the 2019 financial year, duisport strengthened its leading position in the China trade by cooperating with international partners in joint projects along the Belt & Road corridors. One of the main goals is the reduction of travel times for the freight trains. duisport continues to view the China business as an important growth driver, hence its commitment in China along the Belt & Road corridors.