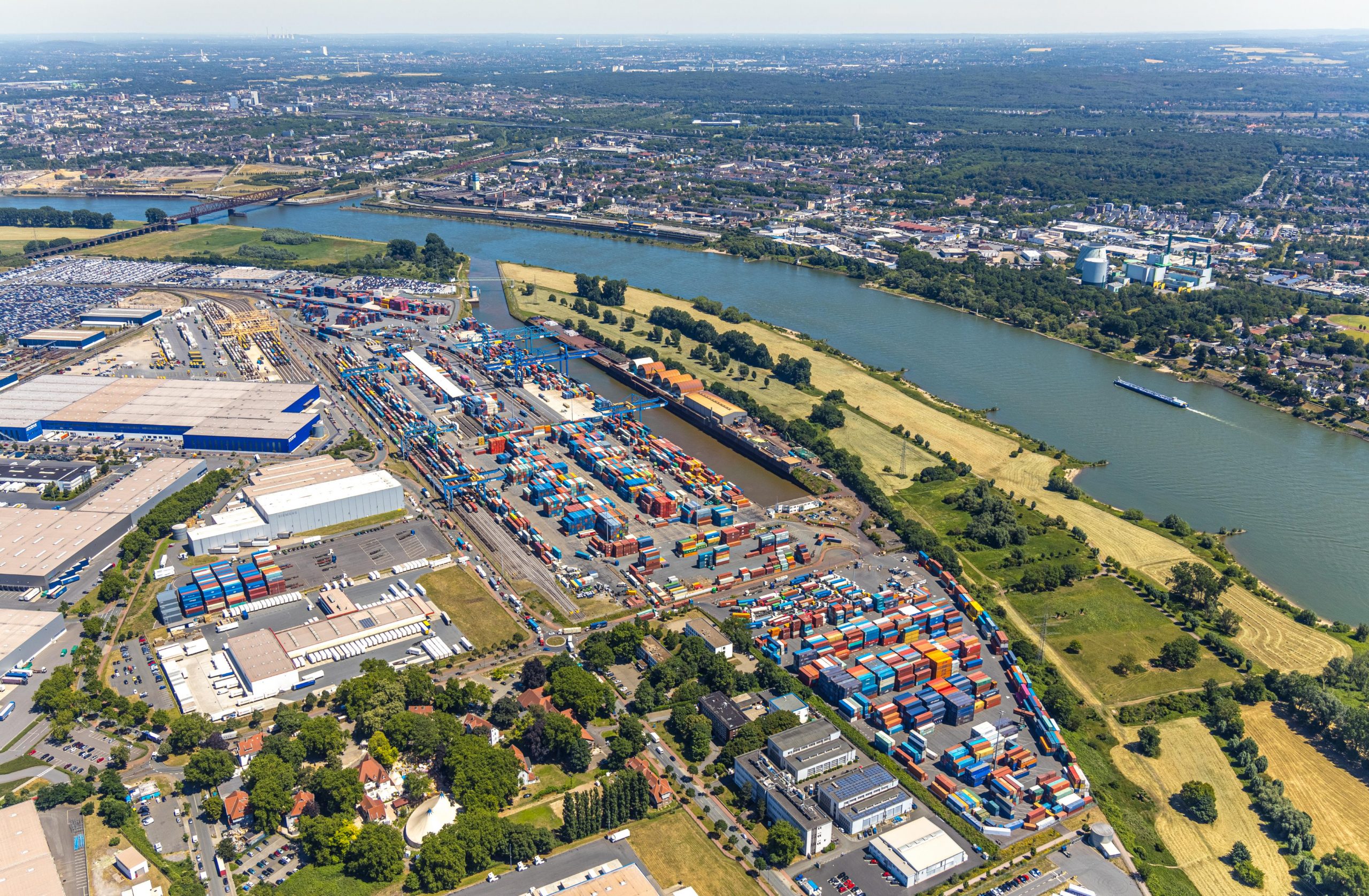 The container traffic of Duisburger Hafen AG (duisport) was slightly higher than during the previous year. “This is a gratifying but by no means a foregone conclusion in view of the current situation,” emphasizes duisport CEO Erich Staake. “What will be decisive is that we can confirm this positive development up to the end of the fiscal year. I am confident that we will be able to do so.”

Coronavirus firmly under control with flexible protective measures. New destinations on offer.
At the end of the first half of the year, duisport was still slightly below the figures for the previous year. Declines in the first half of the year were offset thanks to the dynamic developments in the third quarter. duisport's trade in goods is in the so-called TEU (Twenty-foot Equivalent Unit) range, now two percent above the previous year’s figure. This increase could not have been expected considering the pandemic.

China traffic as growth driver.
Operations in the Port of Duisburg are running at 100 percent despite the coronavirus crisis. The company was superbly prepared for the increased volume of goods transported by rail. With additionally mobilized storage space and rapid solutions for onward transport, Europe’s most important logistics hub continues to function even in times of crisis. At the same time, it took advantage of emerging market opportunities: As early as April, the rail service was expanded to include further Chinese partner destinations. Long-term cooperation with Chinese partners provided a boost in attractiveness. Never before have there been more freight trains between duisport and Chinese destinations than in the current year. Duisburg’s reputation as the most important European destination for Chinese rail freight traffic was further strengthened, even in these times of pandemic. In the meantime, about one third of the total volume of trade by freight train between Europe and China passes through the Duisburg logistics hub. “The volume of traffic via the New Silk Road has almost doubled compared with the previous year and already accounts for almost eight percent of the total container turnover of the duisport Group,” says Erich Staake. “Maritime goods traffic with China also shows encouraging growth rates.”

Total cargo handling in the current year will be some four to five percent below the previous year’s figure due to the sharp decline in coal traffic and a weak steel business.