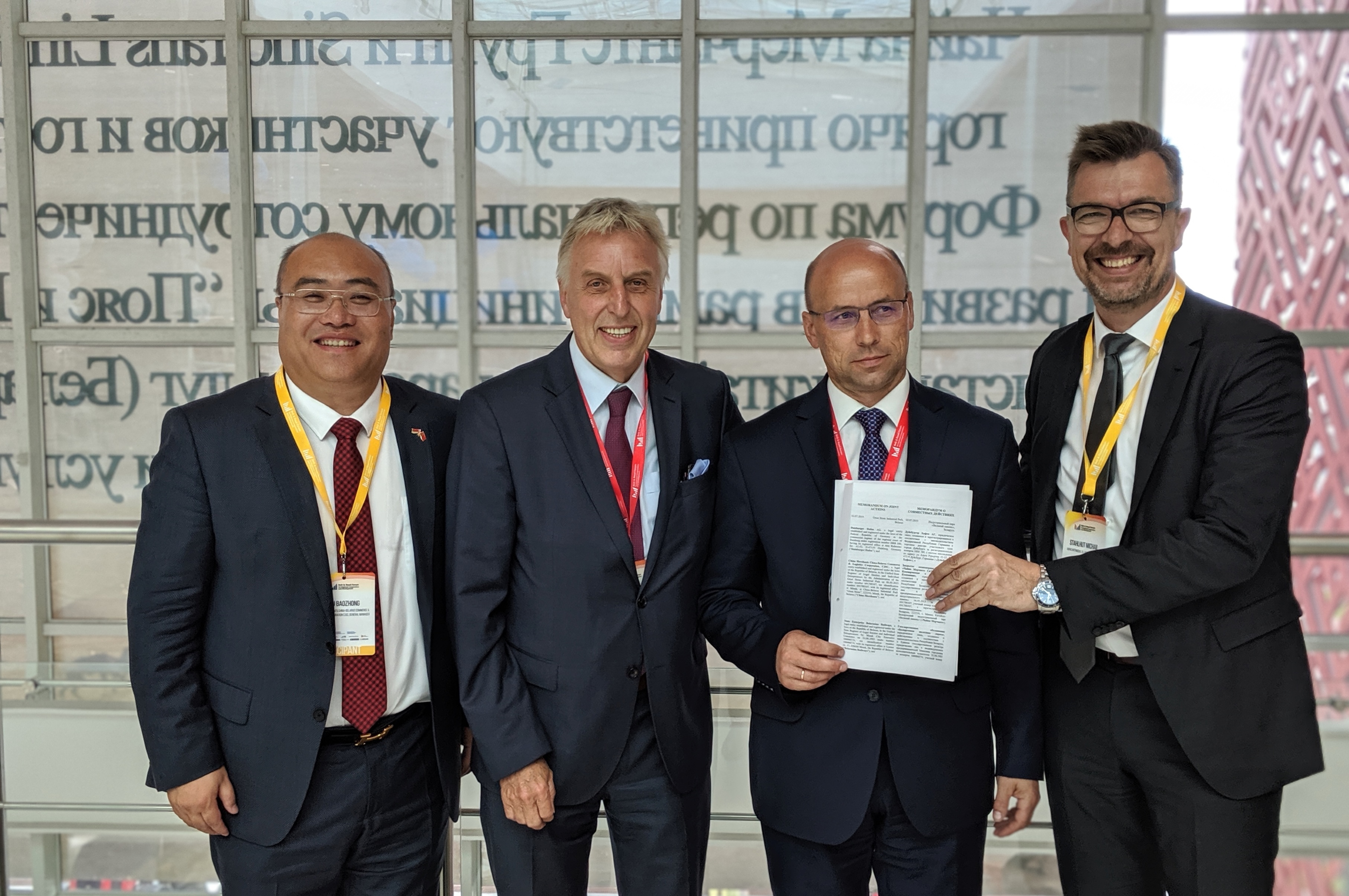 By making additional investments and entering into cooperation agreements, Duisburger Hafen AG (duisport) continues to expand its leading position in central Europe for the trade with China along the corridors of the “Belt & Road” initiative. In early 2018, duisport acquired a minority stake in the development company for the world's largest industrial and logistic park Great Stone near the city of Minsk in Belarus.

On the basis of this participating interest, a rail terminal (including a logistics areal) will be built in Great Stone on the initiative / under the leadership of duisport together with its partners China Merchants China-Belarus, the Belarus state-owned railway and the Swiss company Hupac. The corresponding agreement was signed in Minsk.

The 80-hectare logistics parcel will include a 30-hectare bimodal terminal with an initial annual handling capacity of 180,000 standard containers (TEU), which can be increased up to 500,000 TEU. The other 50 hectares will be used for attracting logistics companies. It is expected that the construction of the rail terminal will start in early 2020 and that the terminal will be commissioned in 2021.

The company's business activities focus mainly on the development, marketing and organization of rail transport between Poland and Germany. dpa Polska Intermodal aims to significantly reduce the transport time of the China trains as of the Polish-Belarus border. The transport time between duisport and the various destinations in China are supposed to be reduced from the current 14 to ten days.

“I am pleased that such strong international consortia have been established for both projects,” says duisport Chief Executive Officer Erich Staake.