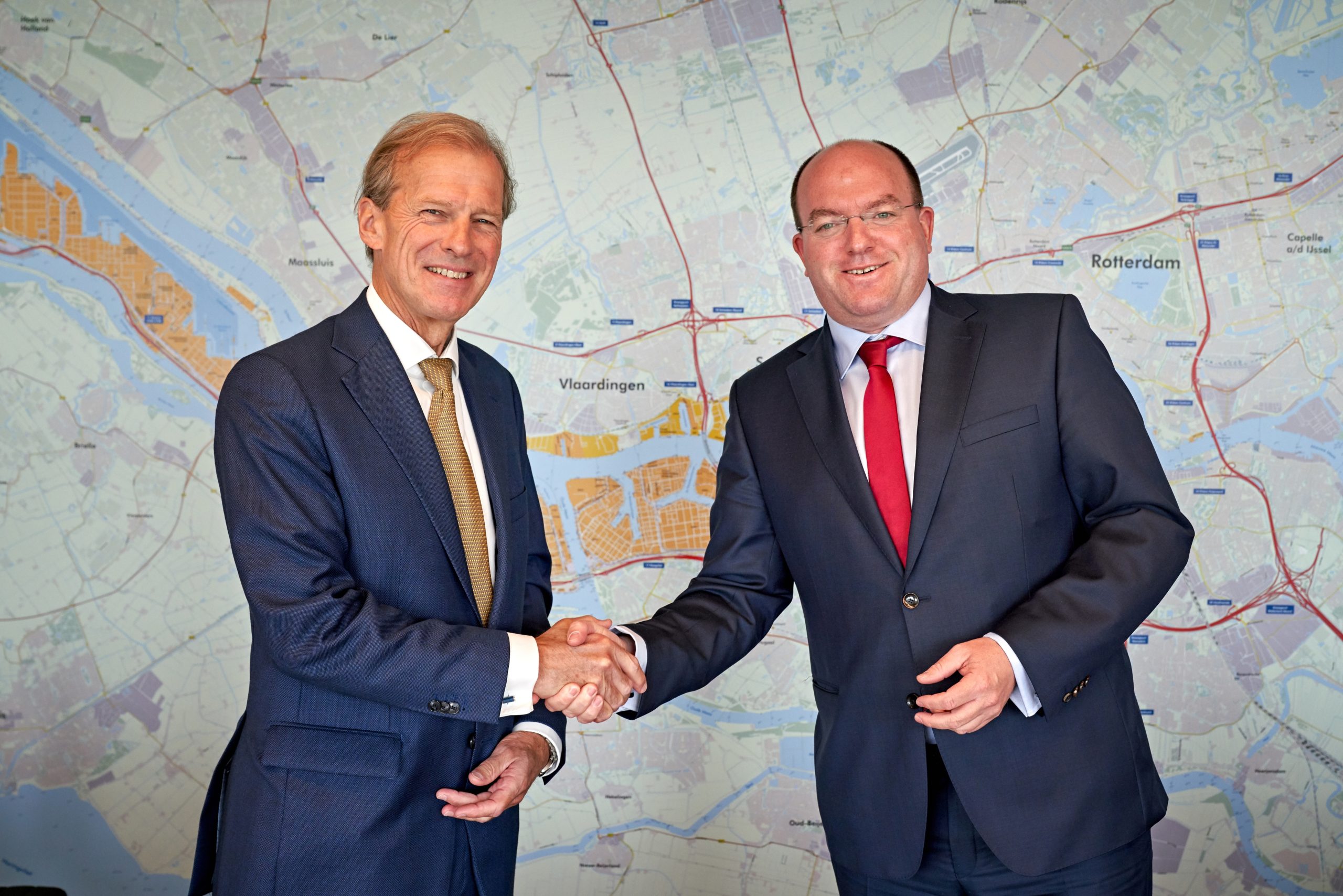 The port authorities of Duisburg and Rotterdam have jointly signed a Letter of Intent (LOI) to renew and expand their cooperation agreements that date back to 2020. Besides existing agreements relating to the optimisation of logistical connections, the cooperation will be expanded to include initiatives in the area of digitisation and the energy transition. The agreement was signed by Markus Bangen, CEO at duisport and Allard Castelein, CEO at Port of Rotterdam.

duisport and the Port of Rotterdam have been trading partners for a long time. For example, each year more than one million TEU of containers are exchanged between the two logistics hubs. Almost a third of them are already shipped by rail. Digitisation and data sharing could further increase the part played by this sustainable mode of transport. This LOI is aimed at creating the most digital and most sustainable port-inland hub connection in the world by linking Duisburg’s ‘Rail Freight Data Hub’ initiative with Rotterdam’s ‘Rail Connected’.

The LOI also includes agreements on looking into the possibility of linking the port community systems Portbase (Rotterdam) to the RheinPorts Information System (Duisburg) and to learn from each other’s initiatives in the area of digital twin projects. With regard to the energy transition, both ports plan to investigate whether they can jointly take on the development of hydrogen hubs. Rotterdam as the future ‘hydrogen gateway’ to Europe and duisport as the hub for Germany. Setting up a physical link between the two is therefore an obvious choice.

‘We are facing major challenges that we will overcome together much faster, more efficiently and more intelligently’, says Markus Bangen. ‘Particularly in the areas of digitalization and the energy transition, it is important to work together and share our knowledge and expertise. I am therefore very pleased that we will continue the trusting partnership between the ports of Duisburg and Rotterdam.’

Allard Castelein is also particularly pleased with the renewal and expansion of the cooperation. ‘Digitisation and energy transition are as important to duisport’s strategy as they are to our own. We believe in the power of collaboration with likeminded organisations. This LOI represents a positive step in that direction.’